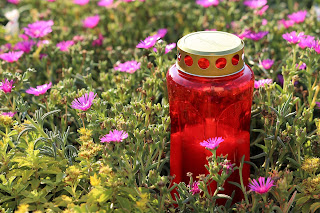 Humbleness (A Story of a Great Saint)

Humbleness is a great virtue

The Sufi saint was mentioned in a gathering. Some used to say, Subhan Allah! They are friends of God. Where is such a man of God in this age? Some used to say that we do not agree. Living in this world does not lead to such asceticism and piety. They have the goods of the world just like us, wife, children, food, drink, everything is like us. Everyone worships, their worship is not worth mentioning. The status of seniority is different, why are you falling in love with it?

A man sitting in the audience intended to test the Sufi saint. Thinking this, he went to the Sufi saint and said, “Today your invitation is in my house and please give me a chance to serve.” It will be an honor for me.

These are hot days. Do this and offer Maghrib prayers there. There is also a mosque near my house. Prayers are offered in the congregation there. The elder accepted the invitation without hesitation and came to the mosque before Maghrib’s prayers. After Maghrib’s prayers, he reached the host’s house.  He kept standing at the door and remembering Allah, but the host did not show up. While waiting for the host who wanted to test the elder that the guest will get bored and demand that he be invited inside.

But what about the requirements of the Sufi saint? When it was time for Isha’s prayers, the elder went to the mosque for prayer and told the maid that I was going to the prayers. If the host asks, tell him that the person has gone to pray in the mosque. Sufi saint offered Isha prayers with the congregation in the mosque and returned after offering the prayers. There were some prayers left, engaged in them, until midnight. Then the host came out of the house. When he saw the guest, he was there. As soon as he saw him, he shouted, “Did you come and I didn’t even think of inviting you, sir!” It’s midnight, the market is closed, and everyone in the house is sleeping. What could happen then? The guest said, “it does not matter! That’s the best thing to do, and I must go now. “

Saying this, he said goodbye respectfully. The host said, “Wait! I go home and see, I bring some leftover food. ”When he went home, he took a dip for hours. After a long time, he came out and said, “There is nothing to eat, I’m sorry.” The guest’s face did not look sad at all and he started to leave happily. Then the host said, “You can go, but I don’t want you to go hungry.” Please be patient, I will do something. ”

The Sufi saint said. “Why do you bother?” There’s nothing wrong with that, I’ll go. “

The host said, “Wait a minute, he went home again and after a while, he shouted inside the house,” Shah Sahib, You can go now “

Shah Sahib thanked and started walking. They were out of the street when he called again, then Shah Sahib came again. The man said, “Nothing else can happen. This is money for one bread.” Shah Sahib took it with great pleasure and started walking with great happiness. Then the man called and said, “Sofi Saint is very greedy and greedy. You wasted my whole night for one meal. “Shah Sahib began to cry and beg pardon. Forgive my mistake for the sake of  Allah. You have really hurt me today. The man said,” Yes, I want to take off all your clothes for this guilt. ” Shah Sahib agreed and he was about to take off his clothes as he was about to take off his clothes, the man bowed his head in front of Shah Sahib and said in embarrassment, “Indeed, you are a very pious, kind and a man of great virtue.
I have made a big mistake in taking this exam. Please forgive me “
Humility:

Shah Sahib picked it up and hugged him to his chest and said, “Mian, this is your idea. What kind of greatness and where is the godliness? I have stomach dogs and dogs do what I did. If you show them a piece, they will run to get it.”  At the slightest threat, they step back. “

“Remember! Humility is the greatest proof of God’s attainment. A person who does not have humility, no matter how learned, pious, devout he may be, is nothing.” No one can be pious unless he develops the qualities of patience, kindness, and endurance.