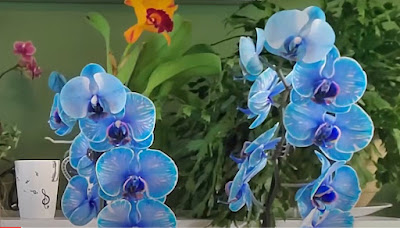 In fact, aesthetics is a branch of philosophy that deals with the beauty of nature as well as the artificial.

Nature has granted five senses to man.
Through which a man can perceive the things around him.

The Creator has endowed a man with the ability to like the good and to dislike the bad. This human quality is called aesthetics. That:

Here we are going to discuss the beauty of nature, I mean flowers. Orchids are the most liked flowers that are used to decorate homes, lawns, and offices.

What are the Orchids? 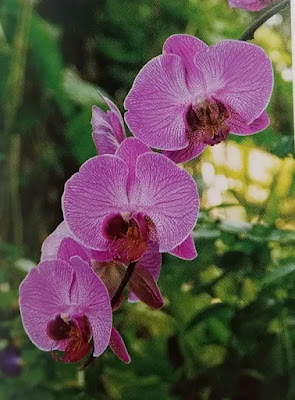 Orchids are the largest genera of flowering plants that are used to decorate homes, offices, walls, and even roofs and shades. Orchids have 30,000 species worldwide with a large number of color varieties. Many are popular for their bright petals and beautiful flowers with strips. 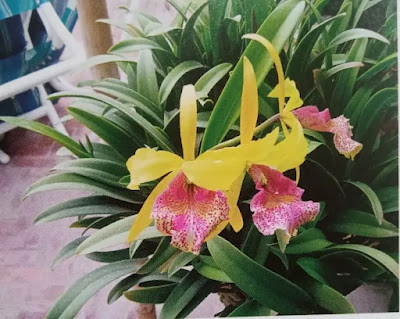 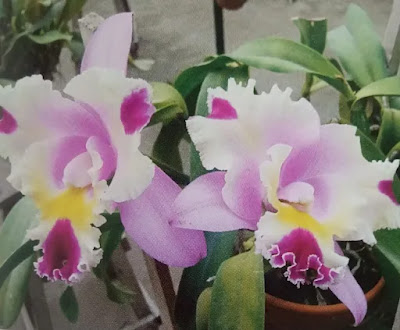 The most exotic sought-after of flowers, orchids are not only grown in hothouses but in their natural state and grow wild in forests in most of the tropical and sub-tropical regions of the world.

Where are they found?

Orchids are found in abundance in the warm regions of North and South America and Hawaii, and in the East, the orchid belt stretches from Sri Lanka to the tropical forests of Malaysia, Singapore, Indonesia, Thailand, Myanmar, and Bangladesh, right up to Nepal and the Terai forests in foothills of the  Himalayas.

Orchids are easy to grow provided they are given their requirement of warm temperature, filtered light, and high humidity. 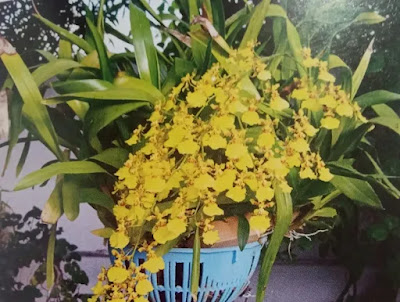 They are perennial plants with rhizomes or tuberous roots. A few varieties grow in the ground, but the vast majority grow on tree branches or trunks and have long, aerial, hanging roots which afford them a firm grip not only on trees but sometimes even on brick or mortar.

The orchid family consists of hundreds of genera and thousands of species. There is a wide range in sizes, shapes, and colors, extending from the exotic to the bizarre. 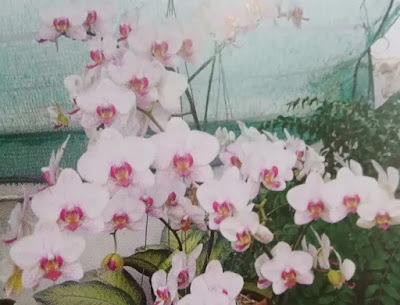 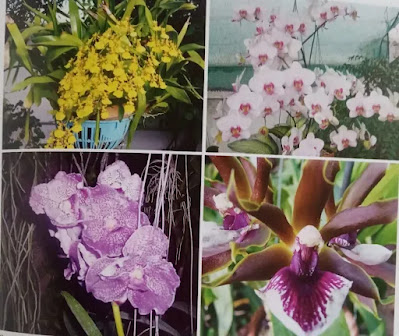 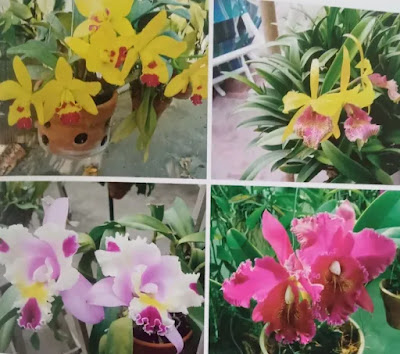 Their colors range from snowy white to all shades of yellow, brilliant blue, lilac, purple, speckled brown, and flaming red. 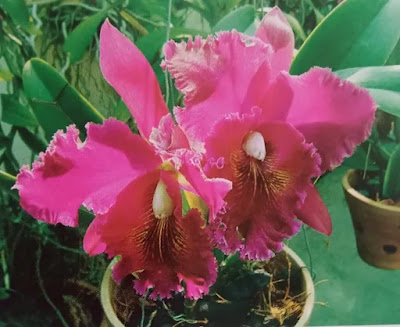 Among the most popular are the showy, large Cattleyas and their hybrids. For cut flower spikes, the Dendrobiums, Cymbidiums, and their hybrids are more suitable with their long flowering spikes.

Some varieties of orchids flower only once a year, some two or three times a year, and others flower on and off for most of the year. The flowers of some are short-lived while others will remain fresh on the branch for two to three months.

In our climate, they are easy to grow and do not require to be grown in hothouses. They need filtered sunlight and are best grown under shady trees or in orchid houses. This can be a simple structure, made of thatched bamboo, or slats of wood to protect orchids from the fierce rays of the mid-day sun. The slats and the spaces between them should be of equal width. It should face east, as all orchids require a certain amount of morning sun to be able to flower. The west side should be completely shut off, either by a wall or bamboo matting.

Orchids do very well on trees:

Orchids do very well on trees, particularly the Mango trees. Other reputed host trees for orchids are Tea, Plumeria, Gliricidia, and citrus fruit trees. The tree should have a rough bark to afford a good grip for the roots. Certain trees such as the Loquat and Guava are unsuitable as they shed their bark and the orchids are dislodged.

For purposes of cultivation, orchids may be grouped into three classes:

Terrestrial orchids grow in pots or in the ground like most other plants. The compost should consist of a mixture of good garden loam, well-decayed leaf mold, a little well-rotted cattle manure: a small percentage of charcoal, a sprinkling of bone chips, and some mature coconut husk. The best known and the most commonly grown ground orchid is Spathoglottis Plicata.

It has long green leaves which are longitudinally pleated, and a tall erect stem that bears a cluster of purple flowers. The flowers are long-lasting even when cut, and the plant does very well in Karachi. A rarer variety is the Spathoglottis area which has yellow flowers with a deep purple center; it comes originally from Sri Lanka.
Another well-known ground orchid is Arundina Bamboosafolia or the bamboo orchid, so-called because the stems and leaves resemble young bamboo shoots. The flowers are lilac with a purple center and resemble the Cattleya although they are much smaller in size.
Both these ground orchids can be grown in full sun or semi-shade. 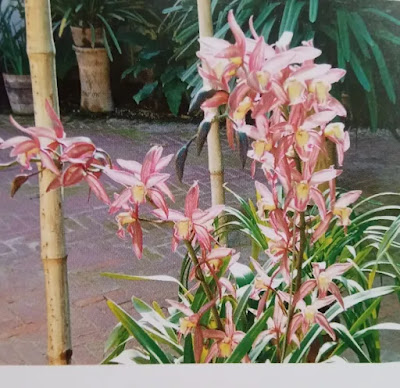 Climbing orchids, while rooted in the ground, have long climbing stems and aerial at intervals on the stems which serve to attach the plants to their supports. The supports can be a tree, boards, or logs of wood. They can be grown in compost which is similar to that used for terrestrial orchids. Vanda teres are grown in Malaysia as a hedge and its hybrids and species come in a wide range of colors.

Epiphytic orchids live on trees, and the varieties and species of this class are more numerous than those of the other two classes. They can not be potted in an ordinary way, for in their natural state, their roots are exposed almost completely to the atmosphere. They can either be grown on trees or in wooden baskets, or in perforated earthenware pots filled with broken brick or crocks and charcoal. Coconut husk and coconut ships are also used as a growing medium.

Orchids can be grown on wooden logs but the side to which the orchid is to be attached should be slightly charred. The plant should be tied firmly with string or plastic wire.
Some people advocate the use of copper wire, while others disagree strongly. Ober time the roots will come out and wrap themselves around the log or branch and the orchid will cling there permanently in nature.
Propagation:
Propagation by seeds is a difficult process best done by experts in special test tubes and flasks. 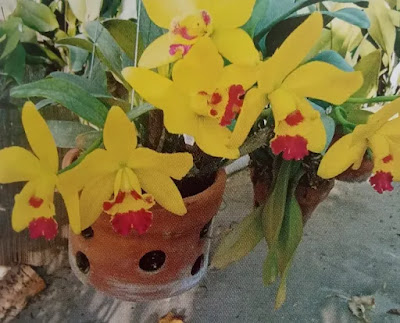 The methods commonly used are: 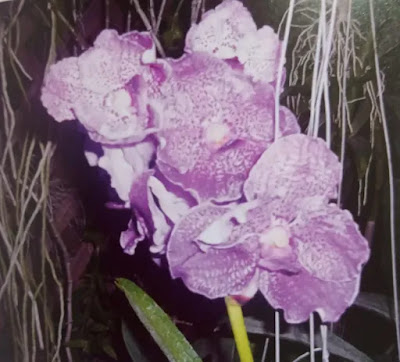 These usually appear on healthy stems which should be allowed to be with the mother plant till a new stem develops. In early spring clip the new plant with healthy aerial roots at the base. When potting with aerial roots the roots should be left outside the pot to continue growing.

2. By Selecting a Rhizome

The second method is by selecting a rhizome adjoining the oldest leafless pseudobulb. this can be carefully severed and the separated bulb potted on its own. The main plant should not be reduced to less than three or four bulbs at any time.
Best Time to Grow
Orchids are usually potted in the spring although young orchids are occasionally spotted in the autumn. Repotting will be required every year. The plants should be kept in pots as possible leaving room for two years of future growth. Old bulbs and unhealthy growth should be carved off at repotting time. It is advised to apply a light fungicide before potting and also sterilize tools.

Watering once or twice daily depending on the potting medium and drainage, and misting in very dry weather will keep orchids happy. Orchids love high humidity, which is why they grow so well in South East Asia. Many orchids, however, require a rest period of reduced watering usually after the flowering season.

Feeding is essential for orchids that are grown in media that have no nutrient value in themselves, such as broken brick or crocks. Nutrients have to be provided in soluble liquid form sprayed on the roots and leaves. There are many orchid fertilizers available in the market and they should be used in moderation during the spring and summer growing seasons.

Insecticides and fungicides should be used at half the recommended dose once in six weeks.

Orchid hybrids are easy to grow successfully because they are vigorous plants able to tolerate artificial conditions of greenhouses and homes. Nowadays a huge variety of orchids are available in nurseries and hybridization has brought down their prices substantially. With their striking flowers and amazing colors, they have become very popular in different cities. 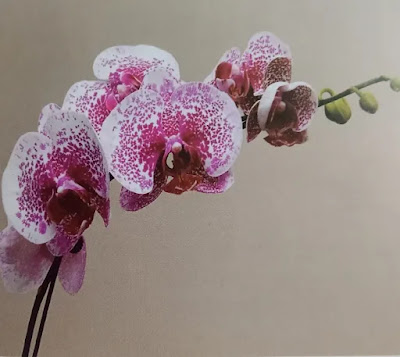