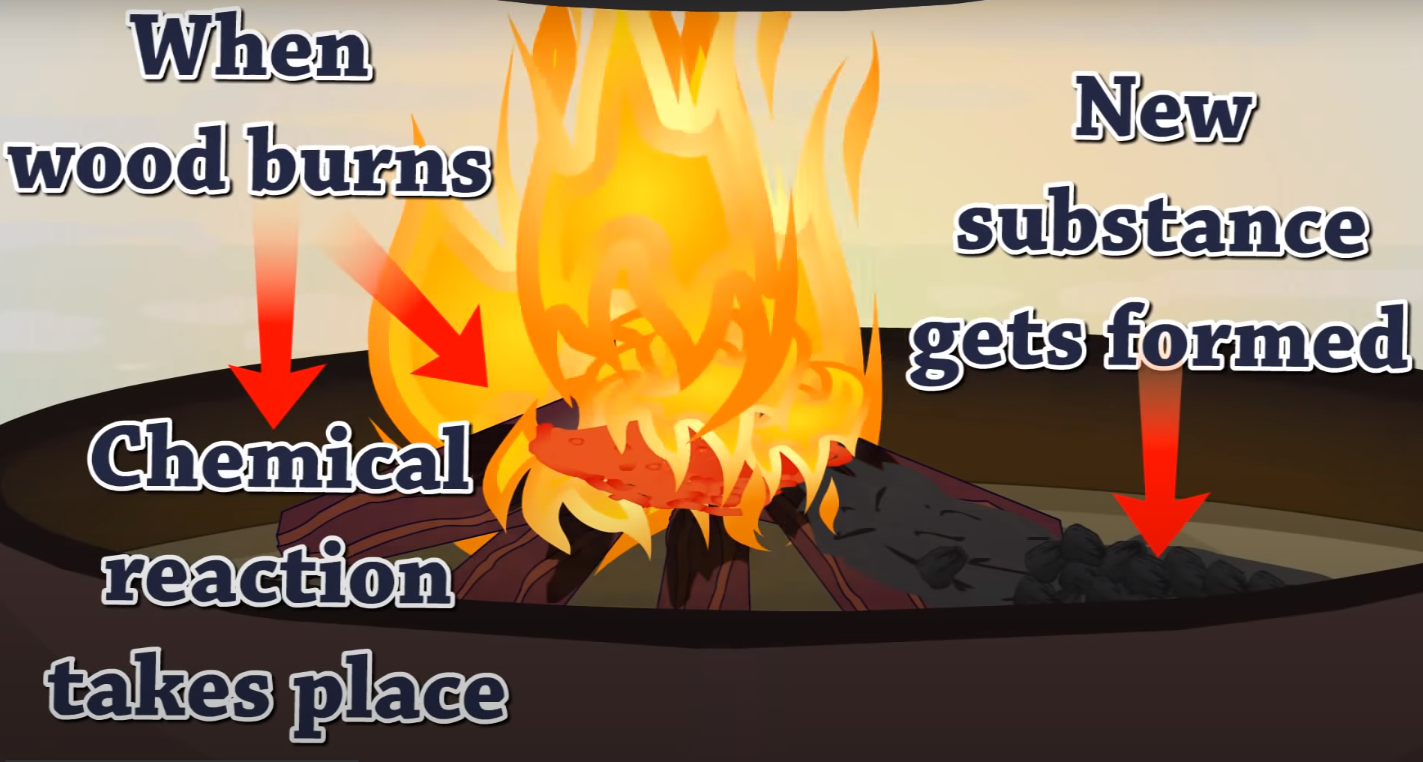 PHYSICAL AND CHEMICAL CHANGES AND PROCESSES

A Physical change is one in which only the physical properties of a substance change and its chemical composition remains the same.

are examples of physical changes.

Ans:
A Chemical change is one in which a new substance is formed.

These are examples of chemical changes.

3.     Give an example to show that people change the environment.

When hydrogen is passed through the vegetable oil in the presence of nickel, it converts into solid fat. This process is called hydrogenation.

Plastics are very large molecules made from many smaller molecules called monomers. That is why plastics are called polymers. Polyethene and polyvinyl chloride (PVC) are examples of plastics.

Ans:  A substance that adds minerals to the soil is called fertilizer. It is used to increase the fertility of the soil.

1.     Explain with examples that a chemical change brings a change in the properties of a substance.

It is different from iron.

Plastics are also the result of chemical changes. It can be molded into any form. Plastics are very large molecules made from many smaller molecules called monomers. That is why plastics are called polymers. Polyethene and polyvinyl chloride (PVC) are examples of plastics. Toys, bottles, utensils, etc. are made of plastics. Plastics do not decay therefore are a cause of pollution.

4.     How fertilizers are useful and harmful for us?

Harmful Effects of Fertilizers: In the case of excessive use of fertilizer, some components are not absorbed by the plants. These fertilizers may reach into canals causing water pollution.

A change that can go forwards or backward is called a reversible change.