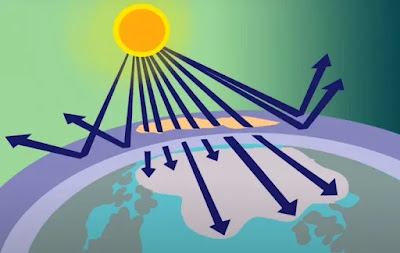 POLLUTANTS AND THEIR EFFECTS ON THE ENVIRONMENT

1. What are the natural sources of pollution?
Ans: Dust storms, rotting vegetation and volcanic eruption are three major natural sources of pollution.
2. Which human activities are causing pollution?
Ans: Burning of fuels, extensive use of vehicles, aerosols, fertilizers, insecticides, pesticides, and burning of fuels in houses and industries are major activities causing pollution.
3. What are air pollutants?
Ans:

III) Air Pollutants: NO and NO2 (Oxides of nitrogen)

Sources: On leakages from the refrigerator, air conditioner aerosol spray

Ans: A greenhouse is a big room made of glass or transparent plastic sheets. It provides a warm environment to the plants growing inside it. Plants can grow well during winter in it.
14. Write the names of greenhouse gases.
Ans: Carbon dioxide, Methane, Oxides of nitrogen, Water vapours.
15. What is the greenhouse effect?
Ans: Greenhouse gases trap a part of heat reflected by the Earth and cause to increase in the atmospheric temperature. This phenomenon is called a greenhouse.
16. Why ozone layer is important?
Ans: A layer of ozone (O3) in the upper atmosphere of the Earth stops the ultraviolet rays coming from the Sun to the Earth. In this way, it saves living things from the harmful effects of the ultraviolet radiation coming from the Sun.
17. How is the ozone layer depleting?
Ans: Chlorofluorocarbons react with ozone and cause its depletion.
18. What are the effects of ozone depletion?
Ans: Ultraviolet rays reach the Earth and cause serious diseases like skin cancer and eye problems.
These rays also increase the temperature of the Earth.

19. What is meant by global warming?

26. What is meant by deforestation?

28. What are the effects of deforestation on wildlife?

Ans: Deforestation destroys the habitats of wildlife. The extinction risk of wildlife is increased. The natural balance or ecosystem is being disturbed.
29. Why are forests at risk from humans?
Ans: Human is cutting trees to meet the demand for timber. He is destroying forests to gain firewood. Man is cutting trees to obtain land for housing and agriculture.
30. How much area of a country should be covered with forests?
Ans: At least 25% of the total area of a country must be covered by forests.
31. How much area of Pakistan is covered by forests?
Ans: Only 5% of the total area of Pakistan is covered by forests.
32. How much ratio of carbon dioxide has increased in the air? What is its cause?
Ans: The ratio of carbon dioxide has increased from 0.03% to 0.04% in about 100 years.
It is increased due to human activities.
33. What are natural resources?
Ans: Fossil fuels (coal, natural gas and oil), minerals, trees, animals and water are natural resources.

34. What are non-renewable resources?

37. Write the methods for the conservation of resources? What is meant by the 3R strategy?

Ans: There are three methods used for the conservation of resources.

This is a 3R strategy that is used for the conservation of resources.

38. What should our government do to control air pollution?
Ans: Government should shift the factories away from the urban areas.
CFCs-free products should be used. Trees should be grown along the roads.
39. Suggest ways to reduce pollution.
Ans: We should not throw garbage in open places. We should avoid cutting trees.
We should use public transport instead of personal cars.
40. What can students do to reduce air pollution?
Ans: Students should take part in planting trees.
Students should create awareness among people about throwing garbage.
Students should not throw garbage in the open in school and at home.
41. What should farmers do to reduce air pollution?
Ans: Farmers should grow more and more trees. Farmers should avoid using insecticides.
42. Name common methods which are used for solid waste management.
Ans:

43. Write down the names of three such products which can be recycled.
Ans: Plastic bottles, steel cans, copper wires and glass pieces can be recycled.
44. How does ozone depletion contribute to global warming?
Ans: The temperature of the Earth is increasing due to ozone depletion.
As a result of ozone depletion, the Earth is getting warmer.
45. What should factory owners do to reduce air pollution?
Ans: Factory owners should treat waste before throwing it. The smoke of factories must be treated before releasing into the air.
46. What should scientists do to reduce air pollution?
Ans: Scientists should invent pollution-free products. They should prepare pollution-free insecticides and fertilizers.