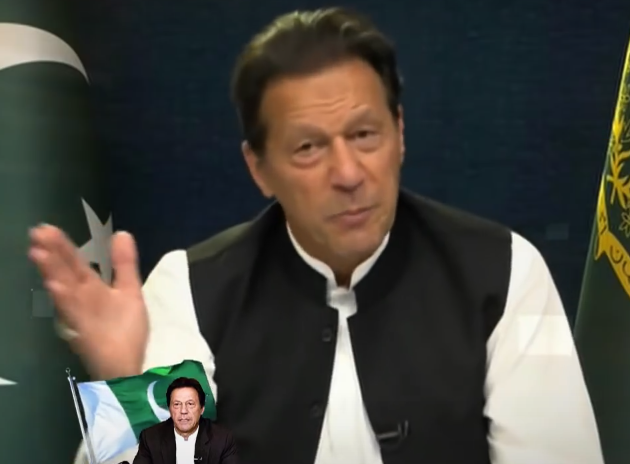 The deteriorating political situation in Pakistan

I was shocked and upset. So much so that it never happened after returning to Pakistan from overseas in 2014. Friends explained that staying out is a good job, breaking free bread.

The job was really good, I was associated with the company director who was arguing with me for a long time about my resignation that I should not go back to Pakistan and work there. But after seeing my theory, he finally said that whenever there is a program for your return to Saudi Arabia, send an email and I will send your visa.

In addition, as many foreign investment accounts as there were in Pakistan had to be closed one after the other to find out when the sanctions of an unannounced FATF had started.

In spite of all these losses and disappointments, my heart was never as troubled as it was on the night of May 7-9. The truth was revealed to me. The Pakistan to which I had returned as my land was sold to the United States thousands of miles away. All its assets, all its institutions, all its people were now in the possession of a powerful monster.

The whole state that I was committed to autonomy, right to self-determination and sovereignty was mortgaged. Every single position of this state was proving to be just a remote controlled piece. Just as the spectator in a thin spectacle does not try to hide the ropes tied to the thin spectacle, so this time America the Brave did not feel the need for any diplomatic inconvenience and very shamelessly made changes in “my” state. And told that your status is less than a mediocre official. Who can be fired standing up.

Those of you who work in the private sector are well aware that the removal of a manager or director is well taken care of because he has the data of the company, and in case of any excess he can take legal action. So when it is finished enough protocol is given. ۔ ۔ While other lower level employees are often calculated abruptly. And the tyrant boss often throws out some arrears to this employee in this calculation.

Government of Pakistan was Dismissed

This is exactly how the running government of my country was dismissed. Seals of your choice were affixed. Whose interviews had already taken place in the embassy of this country.

The most powerful institution in this country is the army (which is rather a problem in itself) and the only way for Pakistan to survive is to keep it strong. Those who think that by weakening the Pakistani army they can become Switzerland are unable to process the history and geography of this country in their minds.

But one of the recent realities is that even this most powerful institution is in the hands of pro-America thinking leadership instead of pro-Pakistan. The head of the agency, Babang Dahl, goes against his civilian prime minister and government policy and makes a favorable statement to the United States.

I was very upset after these truths came to light and Imran Khan started his long march. ۔ ۔ For the survival of Pakistan. Who can save the crop that is being eaten by its fence? All the state institutions, the army, the judiciary, the police, the government were united in confronting and defeating Imran Khan and the people who stood with him and defending the system which is set to please America.

Pakistan’s economy is on the verge of bankruptcy. And the conflict that was about to take place had a 90 percent chance of rioting in the country. Neutral Bajwa Sahib and Adalat Nim Shabi, to whom the government was entrusted, in their view, the survival of Pakistan or their assets are more valuable than the people of Pakistan and the revenge which they want to take from the Pakistani people in return for their accountability. Punjab Police is an investment of Sharif family. The constables who used to be recruited in the last 30 years are now about to retire and have a son. (This police has also bought long-standing public hatred.

In these circumstances, Imran Khan’s long march begins that the army is neutral but the Rangers are shelling the Nahti people. Police and their pet thugs are raining sticks on the sidewalks. Despite the court’s verdict, shelling is taking place and tear gas used in the terrorist operation is being rained on unarmed people, women and children. The house of the widow of the late son of Allama Iqbal is being policed. And the courts, and the state institutions, are silently watching the humiliation of the people on TV.

A True Pakistani Worried about Situation in Pakistan

I was very worried because in such a situation, who would think of the country and the people? He was repeatedly contacting his friends and asking them what kind of institution is there in a country in these circumstances to stop the situation before it gets out of control. But no institution, no think tank, no committee, no parliamentary delegation, no friend abroad seemed to be able to play a role in this situation.

Now it is part of history, neither the army nor the police nor Shahbaz Sharif’s beggarly imported government can deny it. ۔ ۔ On the morning of May 25, Rangers were shelling. Peace was raining down, and the government was ready to kill the Pakistani people, despite the Supreme Court ruling that the people should be allowed to exercise their constitutional right to protest.

It is now part of history that all these institutions were out of the process of saving the country and the people.

Opposite him was a man who had a personal stake of zero in this country. His only wealth was two sons who were safe outside the country. His life was a witness that he had nothing to take from this country. If he had wanted to, he would still have picked up a diary and sat on the plane.

There was a crowd of thousands with this man who was very angry. Who had crossed all the obstacles in the way. Arrests, tear gas shelling, and baton charges failed to stop him.

If that person had wanted, he would have got the money for gaining his power and the situation would have been favorable for him.

But in all these scenes, when the language of the institutions was getting thirsty for the blood of its own people, this one person killed the people. ۔ He thought of the lives of Pakistani people and sacrificed his politics for their lives. He decided to retreat. He saved the life of his “O, Pakistani!”.

When Imran Khan started his speech by saying “My Pakistani people!”, I also thought that he considered Pakistanis as his fiefdom or property which he proudly claims as “mine”. But then he realized that he considers the security of these Pakistanis above his politics so he calls them mine. They are his own.

To this day, I have not been able to forget Imran Khan’s silence on the Sahiwal tragedy. But by not risking the lives of thousands of Pakistanis in the long march, I am ready to ignore the old mistake of Imran Khan that he too had hoped for good from institutions like me.

As long as Imran Khan is in Pakistan, this country is still worth living.